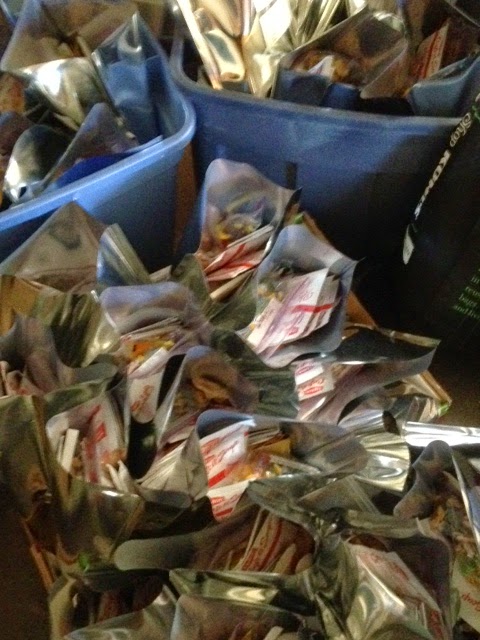 What a day!! I spent all day getting ready to assemble 72 hour kits and first aid kits with the young women in our ward. Anything that could go wrong did.

I double checked all the items and found that the item that had been mis-shipped had never gotten re-ordered. Then I ran out of labels. Then I realized when I picked up the foil bags and sealer from Welfare Square I had forgotten the oxygen absorber packs.

While I was running around town with my daughter trying to pick up the items we needed my husband headed from the train station to pick up the oxygen packs. Not long after that I got a call that he had been in an accident on the freeway.

The miracle was that he, my son, and the woman in the other car were not hurt. However, the car was totaled and we only had liability insurance.

After I picked them up we tried to pick up the oxygen absorbers but the cannery was closed. We wouldn’t be sealing them today as planned.

I was able to make it to the church with the supplies fifteen minutes late but forgot the pouches so we couldn’t even get started until someone went back for them. The girls were troopers and the little band that was there worked hard to get 100 72 hour kits and 24 first aid kits assembled.

By the end of the night I was exhausted and my garage was full of kits that still needed to be sealed. All I could think about was how grateful I was that my husband and son only had red marks. This car served us well for 13 years. It was running great when it died. Chad loved that car! 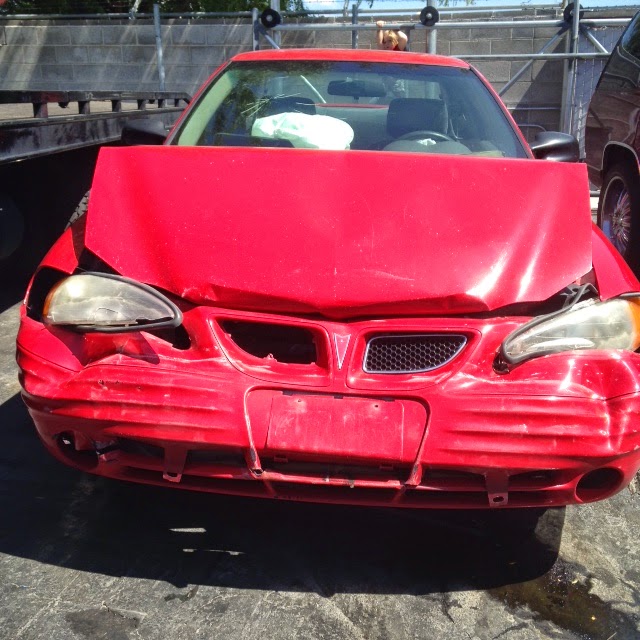