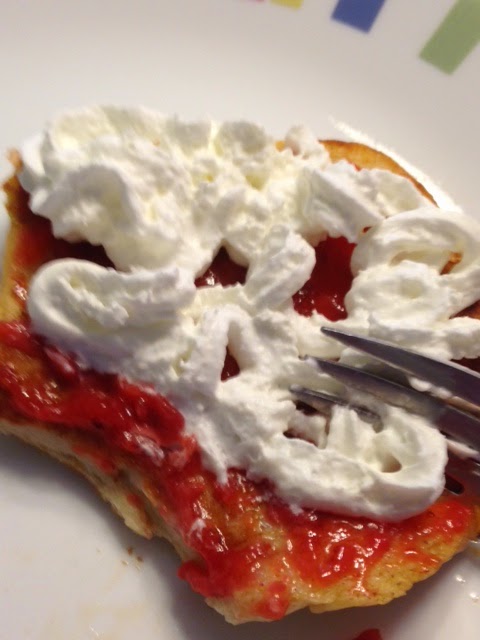 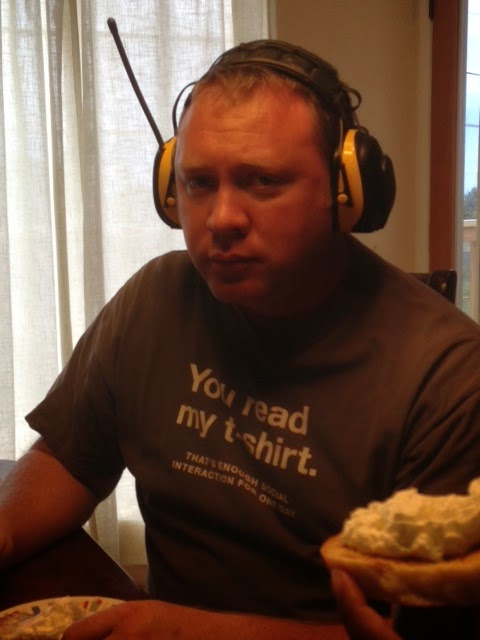 Chad made some yummy french toast for breakfast which I topped with some homemade jam and whipped cream. Delicious!!!

The poor guy has been seen sporting these heavy headphones more and more. They block enough of the sounds he can survive. I love our two youngest but they sure are noisy!!! It doesn’t help that Mom routinely yells to talk to people since she can’t move to have a normal conversation.

Chad just wants some peace and quiet. Not around here! Sometimes when he needs a nap he’ll throw those babies on and sleep with them. He’s found a way to adapt, but he doesn’t seem too happy, does he? Of course, it probably has something to do with the fact he’s sick and his head hurts.

This man has been amazing. He’s in a house full of people who need help and have problems. He rarely complains. He does everything he can to help me and loves me more than I could have ever imagined anyone ever would.

This picture might not look like a knight in shining armor or a prince in a fairy tale, but it is. It is all that and more. Don’t be fooled with the pictures of “perfection” the media will sell you. Look for someone who loves you and will put up with all the crap life has to offer just to be with you.

If you married the guy you thought was like this but it turns out he’s selfish and boring don’t forget that marriages have to marinate, people need time to grow, and the love I have didn’t just fall out of the sky. We had to work at it. So get to work and be patient!